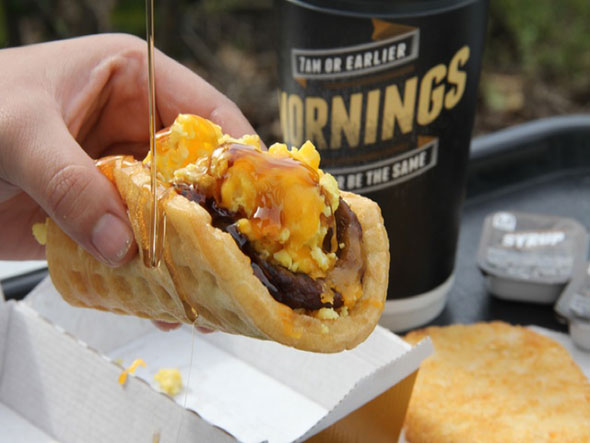 Taco Bell has finally thrown its sombrero into the fast food breakfast ring. And, with a fast food establishment that specializes in tex-mex-like fare, a Waffle Taco was inevitable.

Although, simply folding a waffle to house other questionable breakfast items, does not a taco make — anyone who’s ever been in a rush in the morning could tell you that — Taco Bell is also offering something called an A.M. Crunchwrap and the ubiquitous Breakfast Burrito.

A Super-Duper Morning Chalupa cannot be far behind. Actually, that sounds pretty awesome.