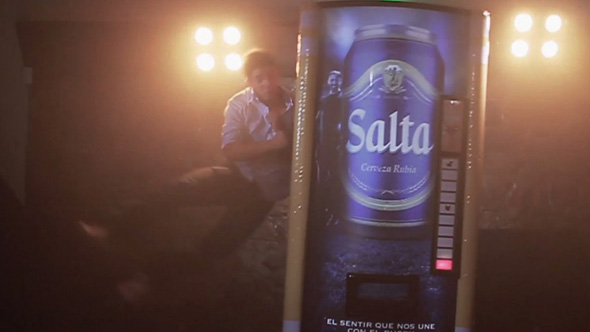 To cater to the rugby and beer enthusiasts of Northern Argentina, Cerveza Salta and agency Ogilvy & Mather have come up with the Rugbeer machine. The concept behind the interactive vending machine is simple. Patrons attempt a rugby-style takedown on the beer dispenser, and if the machine’s ‘pussy meter’ decides that you’ve applied enough blunt force trauma, you get a beer.

The Rugbeer recently went on tour, and was placed in bars and pubs during rugby matches — even having fake grass placed around it for the full effect. This concept was attempted here in the states — but bar patrons wouldn’t take on the vending machine without a helmet and shoulder pads.*

*may or may not be true.