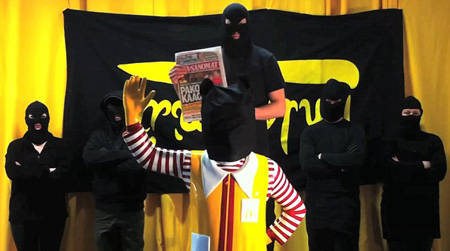 Members of a group calling themselves the ‘Food Liberation Army’ recently kidnapped everyone’s favorite fast food clown, Ronald McDonald. Well not quite — they merely stole a statue of Ronald from a McDonald’s storefront in Helsinki — but they seem quite serious nonetheless.

They even go so far as to stage an Al-Qaeda style video, and issue a threat to behead the fiberglass replica. All the while citing the company’s ‘greed and indifference’, and demanding that Mickey D’s take responsibility for their history of food crime.

Of course all of this was merely a publicity stunt by a few Finnish artists. But when McDonald’s refuses to give in to their ‘demands’, the pseudo-terrorists make good on their threat. Two of the artists were eventually arrested — presumably for theft and for being complete morons. 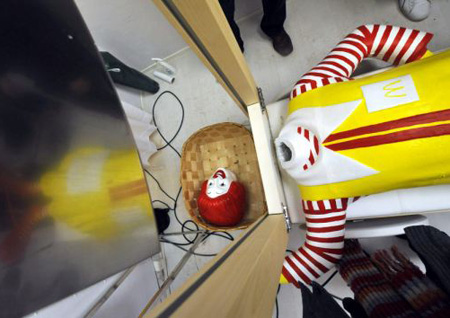