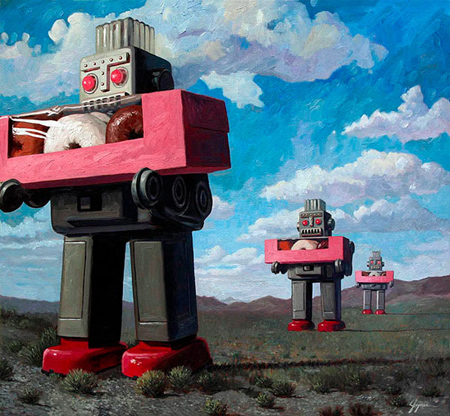 Artist Eric Joyner combines two of the greatest things ever — robots and donuts — and creates a one-two punch of awesomeness in his paintings.

Why it has taken someone so long to combine robots and donuts, we’ll never know. But they are together at last and can now take their place among such dynamic duos as peanut butter and jelly, Batman and Robin, and bacon and anything.

Joyner continues the robot on donut love in an upcoming exhibit titled Donut Logic. It will be on display at the Corey Helford Gallery in Culver City, CA on August 14. 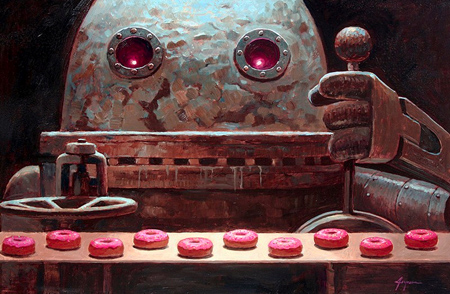 Check out more Robots and Donuts by Eric Joyner at foodiggity’s Facebook page.