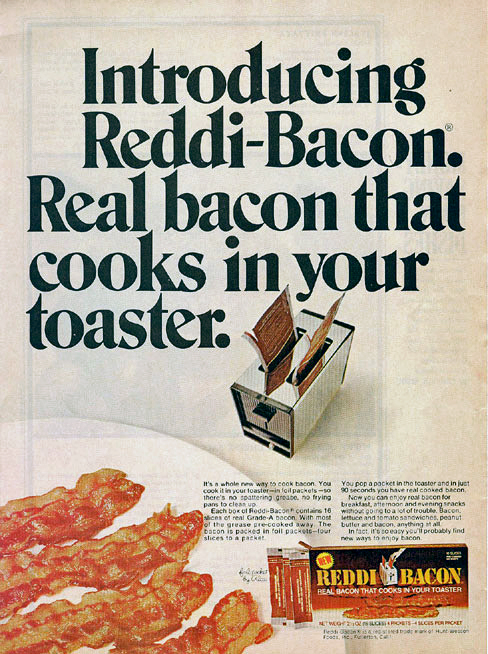 Bacon. From a toaster. Hey, it was the ’60s, man. Reddi-Bacon was brought to us by the makers of Reddi-Whip — who promised bacon, while saving you from “soiling a frying pan or the oven.”

Unfortunately, and somewhat unsurprisingly, Reddi-Bacon would leak fat from its foil cooking packet, and soil your toaster instead. Toaster bacon was practically dead on arrival, and pulled from test markets before being unleashed on the bell-bottom-wearing public. Dig it. 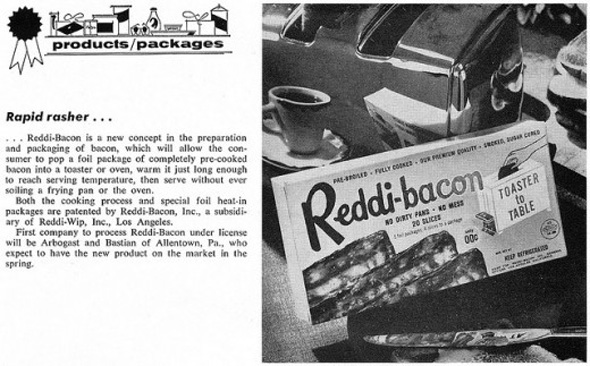