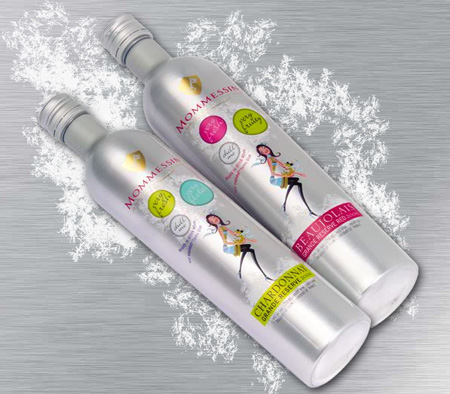 Just as we were hoping that Chill Activation graphics were dying a slow death, Mommessin wine has recently adopted the Freezy Freakie technology. Their version of the packaging gimmick uses a ‘cool-dot’ on the bottle to let you know when their wine is at its prime drinking temperature.

Coors Light — probably the most well-known proponent of this unfortunate technology — uses ‘Cold Activation’ graphics on its bottles and cans. Obviously as an attempt to deflect attention away from the beer tasting like urine-flavored seltzer.

So what does Mommessin have to hide?

Well according to CHOW’s review — and we are paraphrasing here — Mommessin’s Beaujolais Grande Reserve Red 2006 starts with a bouquet of dog fart, followed by a mid-palate shitstorm and a finish akin to a punch in the throat. But at least it was at optimal temp.