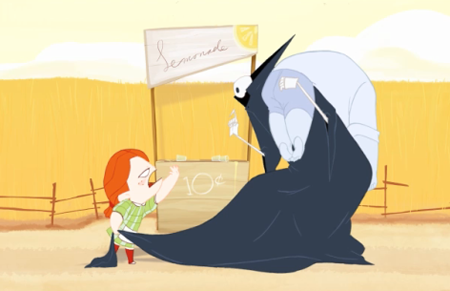 Lemonade, similar to a previous film we recently found called Key Lime Pie, is a food-related animated short with death as its central theme. Something else the two films share is their take-home message… Don’t fuck with Death.