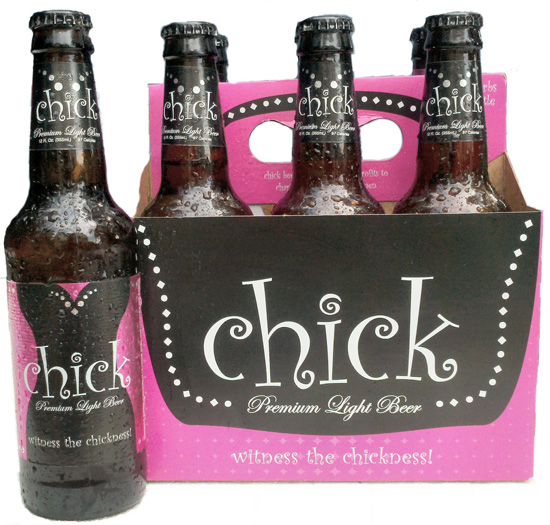 ‘Chick beer’, a term so often used to describe non-threatening brews such as Coors Light and MGD64, is now an actual thing. And rather than simply implying that a beer might appeal to the 25% of beer drinkers that are women, Chick Beer goes right for the sexist jugular.

Although I might be paraphrasing here, according to Chick Beer; less carbonation means less pesky bloating, fewer calories will help your chances of fitting that ideal of the figure on the bottle, and less hops means less bitterness to not offend those dainty palates.

The best part — Chick Beer claims to donate five percent of all profits to charities that empower women. Because carrying home a pink six-pack that says ‘Chick’ on it because you’re carb-counting is surely not empowering enough.

What do our beer-drinking females think of Chick Beer? And if someone could please explain how to properly “Witness the Chickness”, it would be much appreciated.