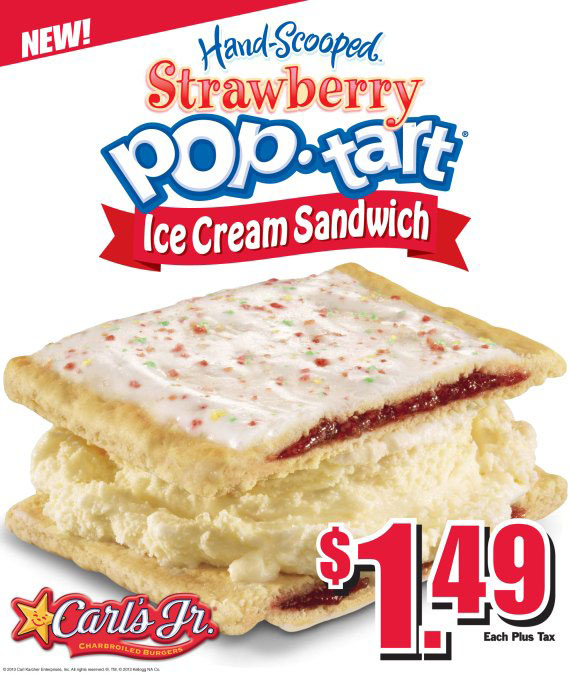 Sure, some of us have already had the idea of sandwiching ice cream between two Pop-Tarts… Only we were too drunk and/or stoned to remember constructing one. But someone at Carl’s Jr., presumably sober, has officially presented the Pop-Tart Ice Cream Sandwich.

The Pop-Tart/ice cream concoction is currently being tested at least one location in Newport Beach, California. What’s to test? It’s Pop-Tarts and ice cream… You pass!