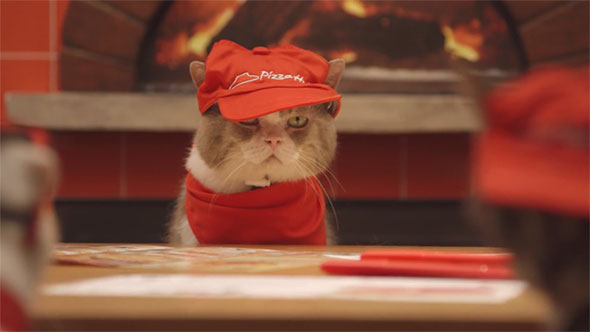 Cats are the undisputed champions of mindless internet entertainment. So, it only makes sense that they should get to run their own restaurant on the internet. And, if this were to ever happen, it also makes sense that this would take place in Japan.

Pizza Cat is an ongoing web series by Pizza Hut Japan, with episodes that include our cast of cats attempting to run a Pizza Hut. That is until they fall back into their cat-like habits, such as standing on keyboards, and being excruciatingly lazy.

Like cats and pizza? You can watch episodes of Pizza Cat on YouTube. And, if you figure out the point of this series, please feel free to let us know.