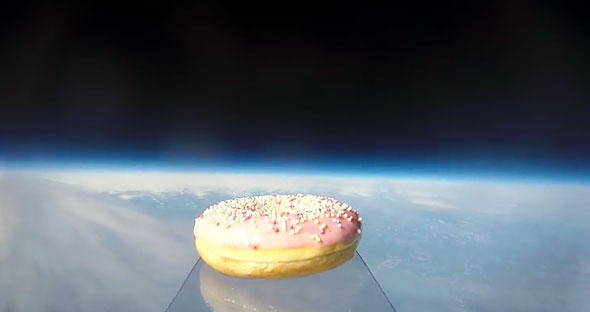 The USA has always been a pioneer of space travel and donut technology. However, it took a few Norwegian scientists to send the first donut into space.

The First Donut In Space was made possible by attaching a strawberry-frosted donut to a weather balloon, and letting it ascend into the stratosphere. The only bad part is that good things eventually come to an end, and the donut quickly plummets back to Earth.

The Swedish Sea Rescue Society was needed to recover the grounded space donut. No mention if they got to eat it.