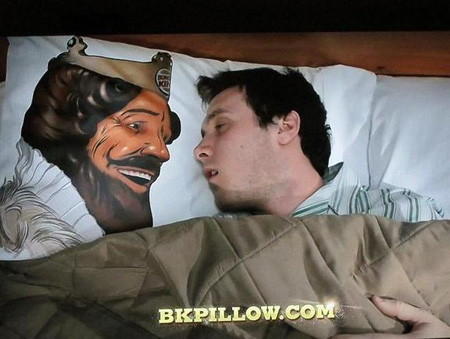 The King just got a bit creepier. According to this bizarre television interlude, the Burger King Pillowcase might actually exist.

The pillowcase includes a screen-printing of the new Burger King breakfast menu, and the King’s head on the flip side. Perfect for dreaming about BK’s new breakfast bowl, or using it to scare someone into putting your Godson in their next movie.

Update: The BK-sponsored eBay sale appears to have closed. Did it ever really exist? And what was the thread count? Because this face won’t touch anything less than 600TC.