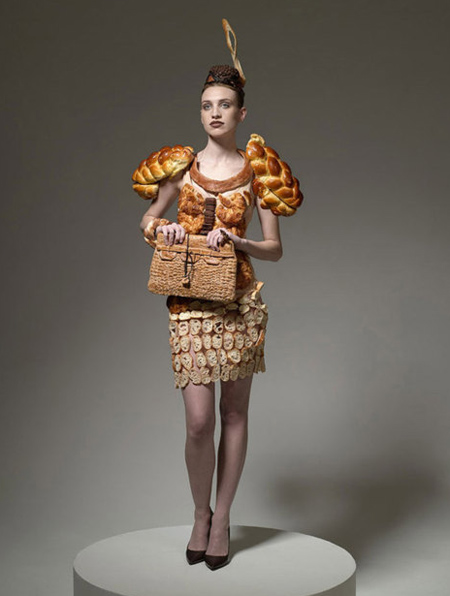 The bread dress, created by Ted Sebarese, is part of his Hunger Pains photo series. The models wore clothes made entirely of real food that depicts a meal that each person was craving.

Not to be mistaken as a high-carb answer to Gaga’s meat dress — it was actually shot in 2009 — the series includes such food couture as waffle trousers, lasagna shorts, and an artichoke gown. 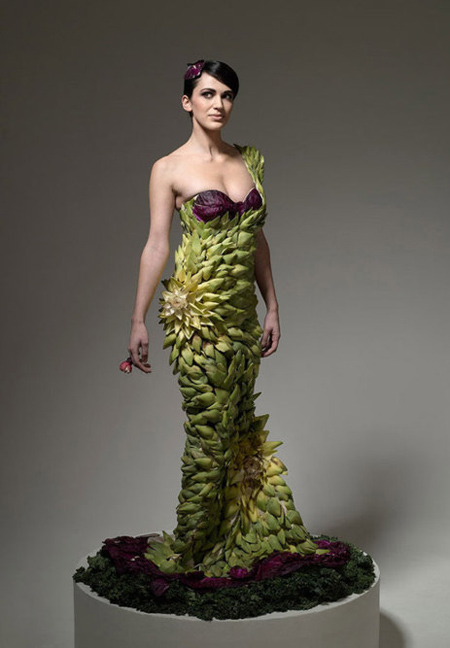 [via What The Cool]