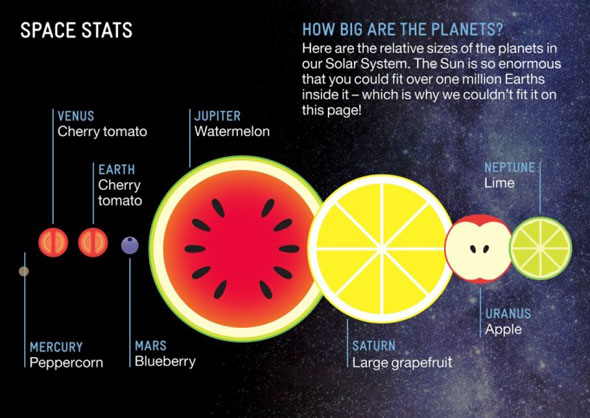 If you’re having trouble understanding the relative size of the planets in our solar system, a few fruits are here to help.

Space Stats is a handy infographic that represents each planet as a fruit. The result, Earth is a cherry tomato — while the biggest planet, Jupiter, is a cumbersome watermelon. Pluto, of course, was recently downgraded to a pit. 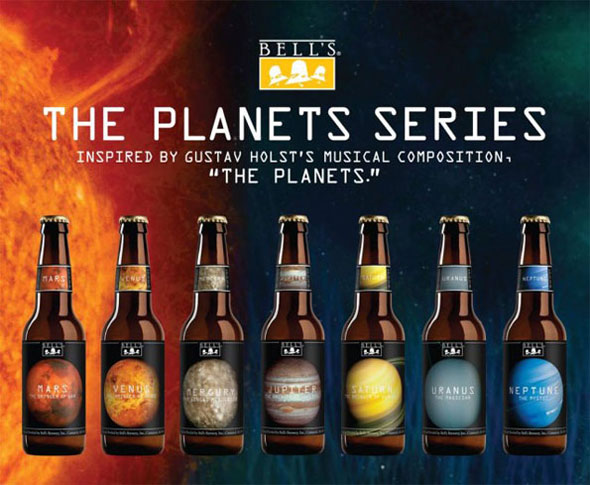 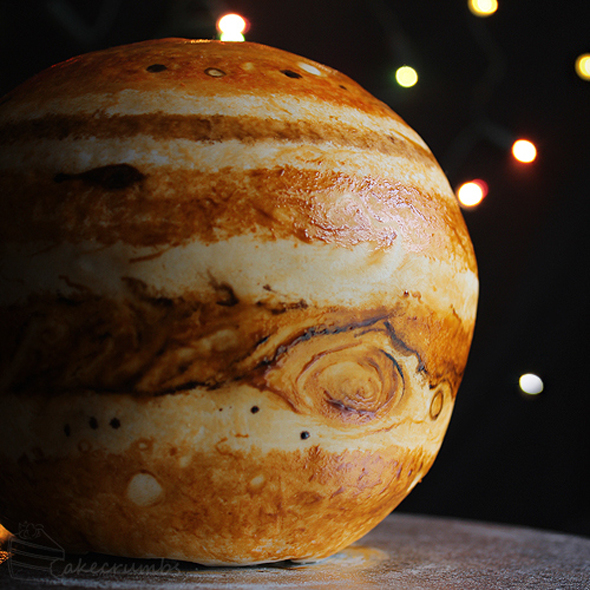 If you’re going to make an astronomically-correct planet cake, and have already catered to earthlings, a Jupiter Cake makes perfect sense. Brought to us by Cake Crumbs, the edible Jupiter does not only do the largest planet in our solar system justice on the outside — but has an accurate core, representing each of the planet’s gas layers.

What’s next in the planet series? We hope Uranus… We’d love to see Uranus, and wonder what Uranus would taste like. What? What’d I say? 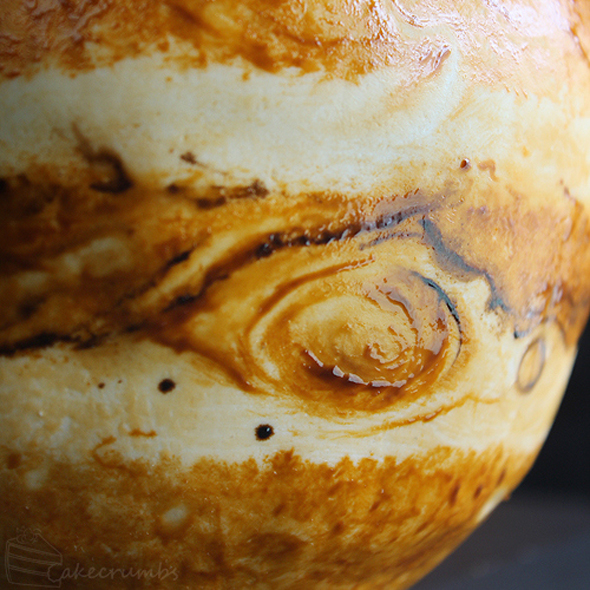 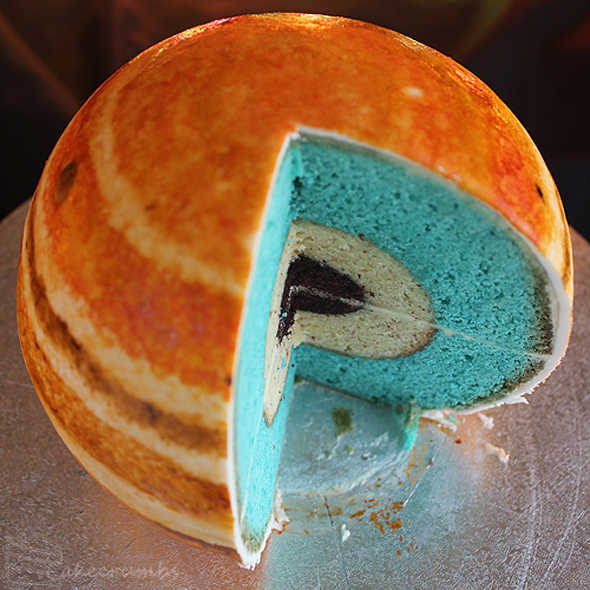