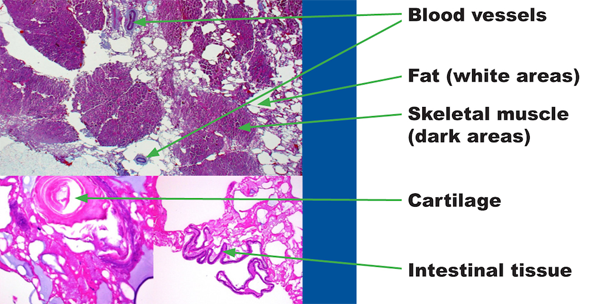 The mystery food item known as the Chicken Nugget has been under investigation ever since we discovered pink slime. Now, nuggets are literally under a microscope.

A few chicken nuggets were sampled from two different fast food chains, and the magnified results are what you might expect. Lots of nuggety goodness, with little trace of anything resembling white meat or nutritional value.

The nugget experiment was conducted by Richard D. deShazo, MD, and Steven Bigler, MD — which they’ve published to the American Journal of Medicine. 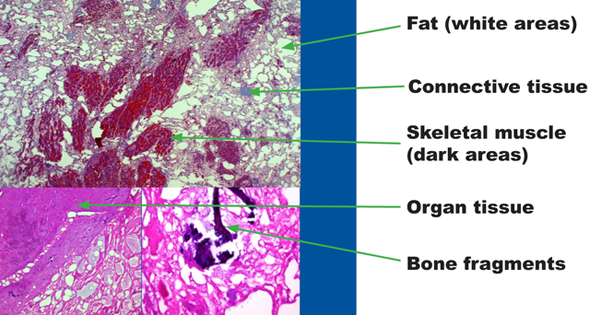