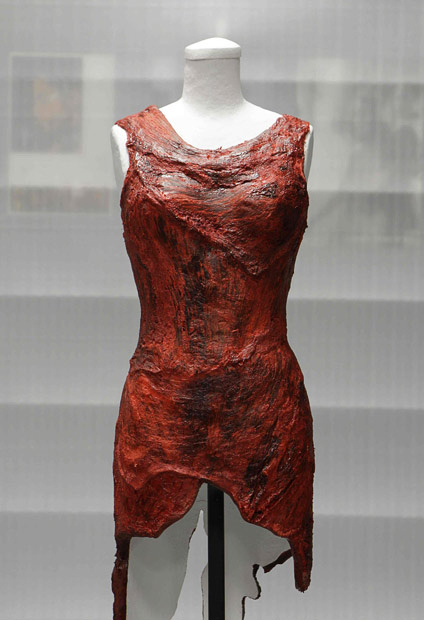 Last year, Lady Gaga received an MTV Video Music Award for making something called a ‘music video’. She accepted while wearing a meat dress. Ever since, rumors have swirled as to whatever happened to the highly perishable fashion item.

Well, wonder no more monsters, as the dress has resurfaced in jerky form. The meat dress has been properly cured, and will be donated to the Rock and Roll Hall of Fame — adding yet another item that has nothing to do with Rock and Roll.