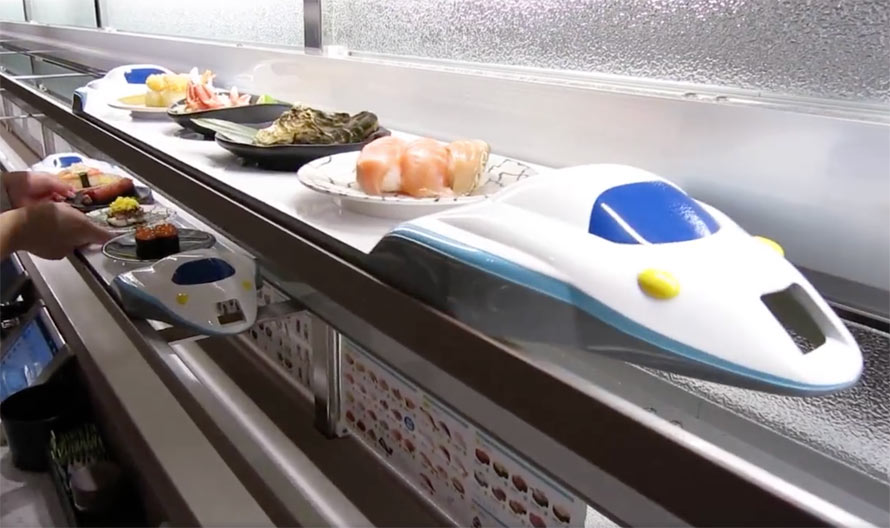 The Cerrito, California-based sushi restaurant figures that you don’t have time for your sushi-of-choice to slowly roll by. Instead, the patron orders what they want via iPad kiosk, and their train pulls into the station with the raw fish and rice cargo. See it in action below.