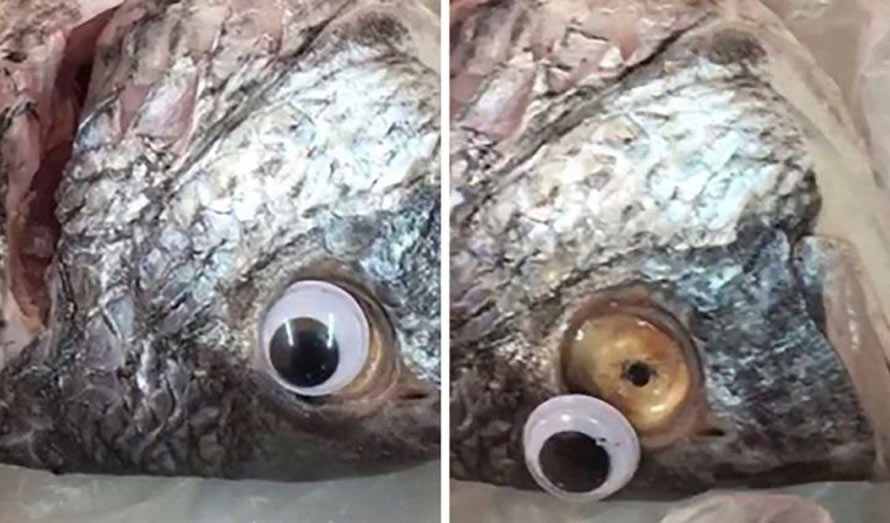 According to Kuwait-based, Al Bayan, a local shop was caught placing googly eyes on fish to help them appear fresher than they were. We’d like to think that the store was just trying to add some much-needed comic relief to a boring seafood counter.

However, it appears that the store was in fact using googlies to sell fish — which definitely goes against the googly code and everything that googlies stand for. Shame.

Kuwaiti police has shut down a fish store that was sticking googly eyes on fish to make them appear more fresh than they are. 🙂
via Al Bayan newspaper, @bayan_kw. pic.twitter.com/CcPa73fDQh

via lost at e minor