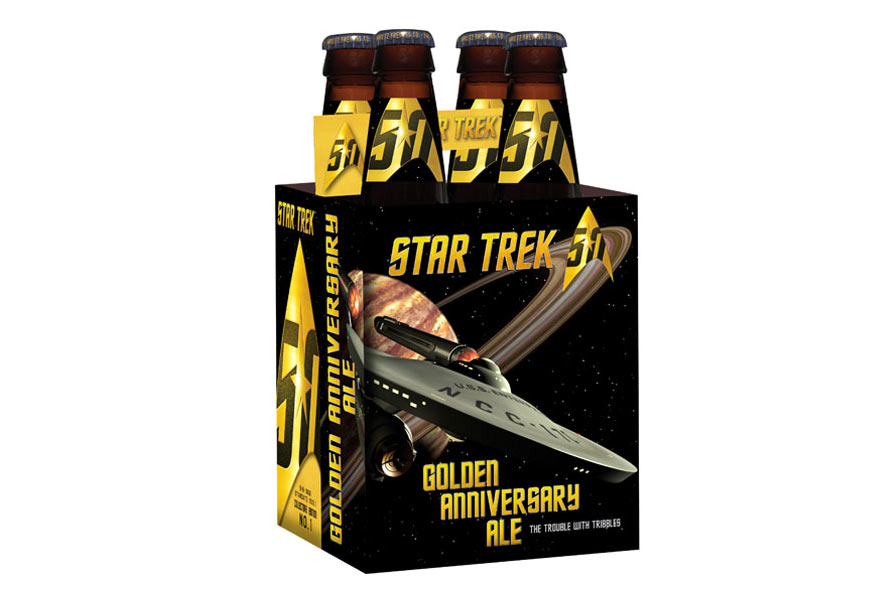 First up is “The Trouble With Tribbles,” a reference to an original Star Trek episode:

“Light Carastan malt gives some residual sweetness in the form of very light toffee. A dose of Munich adds a slight bready quality, and wheat malt lends to a slight crisp character. Mashing at a moderate temperature gives this beer a medium body. In keeping with the intergalactic theme, hopping is comprised of Comet, Polaris, Aurora and Admiral (Kirk) hops. This beer is only loosely filtered to clarity, in order to preserve the ambiguity of good and evil.”

Also, “The Voyage to the Northeast Quadrant,” described here:

“…harnesses a crisp, clean malt character showcased by the use of light Munich malts and brewer’s maze. The aroma is accented by fresh citrus fruits such as lemon and lime with subtle notes of white wine. The crisp malts and fruity aromas are elevated by maintaining a mild bitterness allowing each selected ingredient to offer its individual qualities without being overshadowed by any single ingredient.” 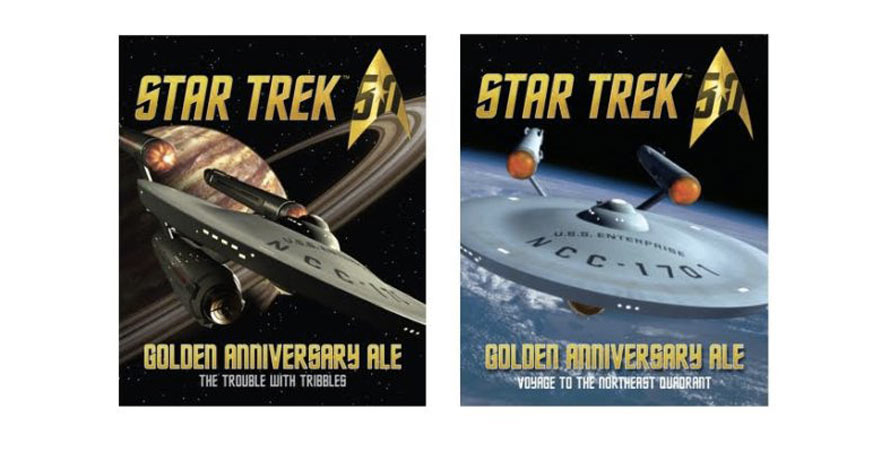