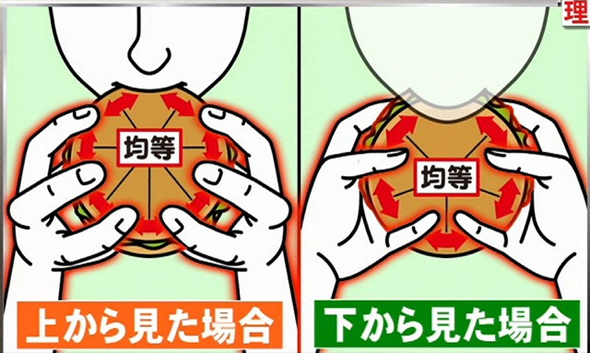 When it comes to eating that burger… You’re doing it all wrong. At least that’s what a few Japanese scientists would have you believe.

In news that should surprise no one who’s been keeping track on Japan — TV show Honma Dekka!? actually enlisted scientists for a four month study on how to properly hold a hamburger. The results… The Japanese eggheads have determined that a good grip with even finger distribution is the way to go.

The reason this consistent grip so important, is that it keeps your burger’s contents from sliding out of the bun. Apparently patties are heavily-lubed in Japan, but far be it from us to argue with science.