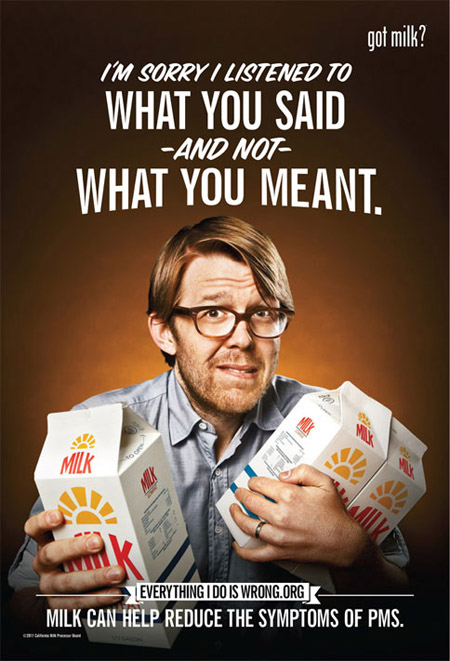 Milk’s latest ad campaign foregoes the silliness of fake mustaches to address a much more serious issue. One that anyone with a uterus or access thereto should be familiar with — PMS.

Not so subtly implying that women tend to be unreasonable every few weeks, milk’s newest campaign called ‘Everything I Do Is Wrong‘ depicts somewhat frightened men, offering their women apologies and milk to help curb the crazy.

The campaign has unsurprisingly been deemed sexist, and in some cases was told to shut its stupid face. Men have also resisted the campaign, calling it naive. Because as men already know, there’s no better defense against PMS than chocolate, back rubs, and hiding in the car.