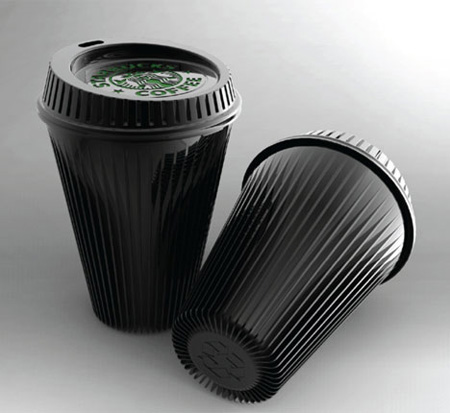 The Betacup Challenge—now entering its second half—is asking designers to invent a more earth-friendly solution to the current non-recyclable coffee cup. With sponsorship from Core77 and Starbucks, The Betacup project is offering $20,000 to the person who can best channel their inner treehugger and do their part to save the planet.

So far there has been about 200 ideas accounted for, and a few clear favorites have garnered some attention. Core77 believes that the Une Coffee Cup, submitted by Tom Fereday, is one of the most convincing.

“It doesn’t attempt to do anything beyond being a recyclable coffee cup—this is what makes it good. The cup is 100% recyclable, made as one component, in one mold with one material, black polypropylene. The lid hinges, and plastic ribs around the cup’s circumference create a cool outer surface.” 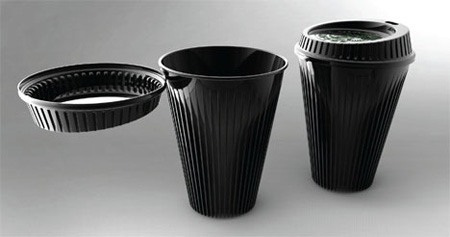 Check out some other submissions over at the Betacup gallery and let them know what you think so far. Or get crackin’ and submit an idea. If you do win the 20 grand, please remember who sent you.