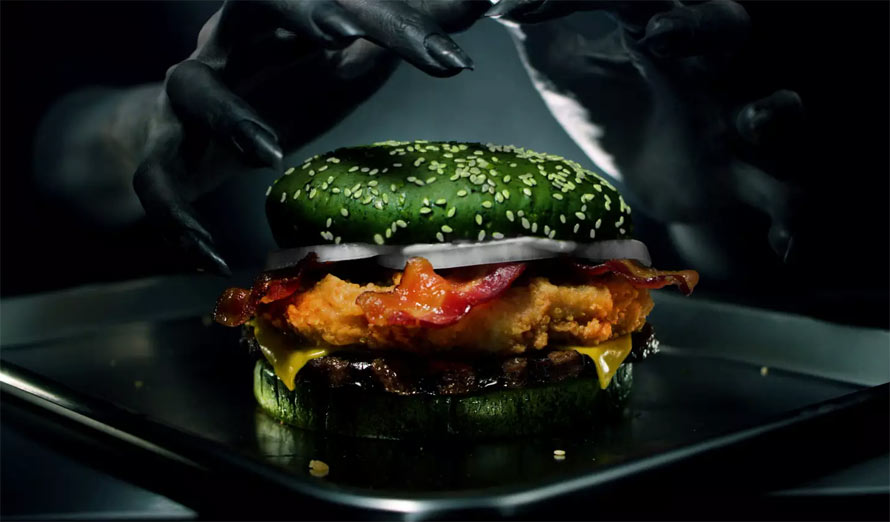 As if the Burger King Whopper with a side of Chicken Fries wasn’t scary enough, there’s now the Nightmare King.

BK’s Halloween offering will not only scare the bejeesus out of you by its mere appearance, but it’s been “scientifically” proven to induce nightmares. That is, if the actors in the short video below are to be believed.

The nightmare begins with a green bun [ooh!] quarter-pound of beef [aaahh!!], a crispy chicken fillet [make it stoooop!!], American cheese, bacon, mayonnaise and onions [I want my mommy!!]. Look for the nightmares to begin on October 22nd.