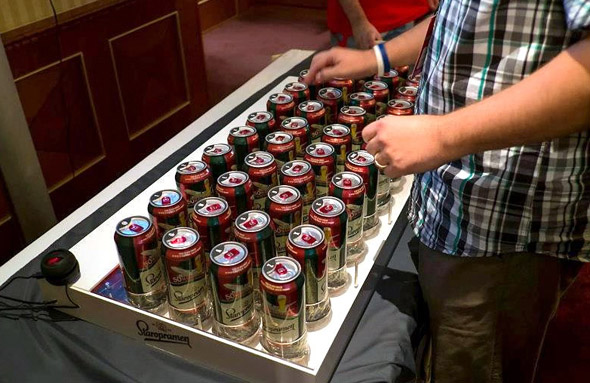 If you’re getting bored with thumb-typing, and have some drunken emails to send, Robofun recently created a keyboard that uses cans of beer as keys. Created for the 2012 Webstock conference, the Arduino-powered keyboard uses Staropramen beer cans in the standard QWERTY set up.

And, instead of the mundane and soul-crushing sound of plastic keys being pressed repeatedly, these can keys make the sound of a beer being opened. Data entry has never been so intoxicating. 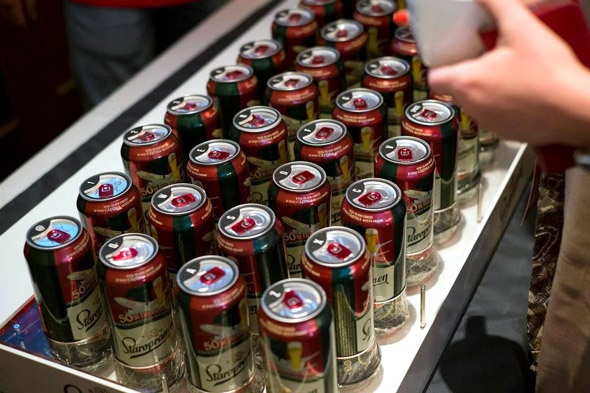