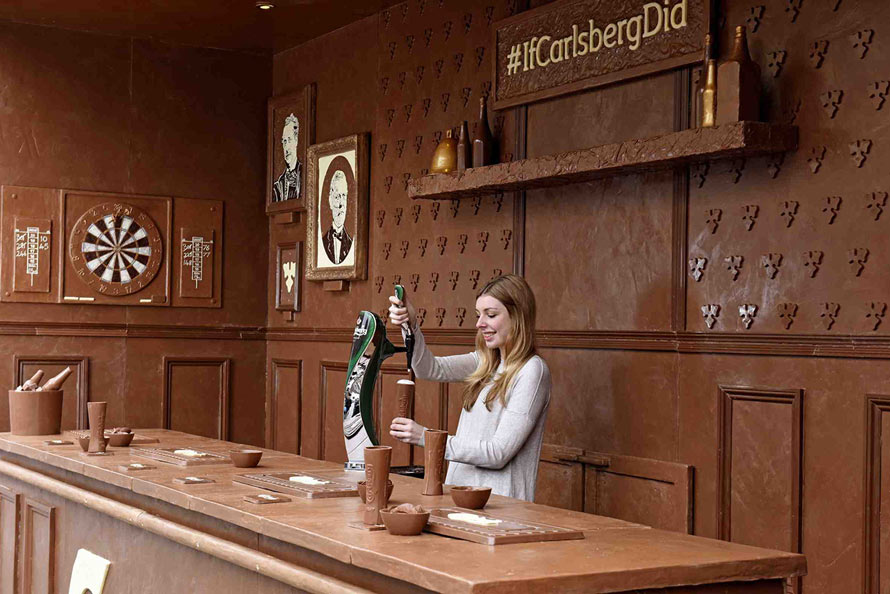 Now, this is a chocolate bar we can get behind. Get behind, drink some beers, eat chocolate… that kinda thing.

Created by Carlsberg Beer, the Chocolate Bar is in response to a question that nobody’s ever asked… What if Carlsberg did chocolate bars? The answer is an edible drinking establishment that’s fully-functional, where patrons can enjoy a pint, while consuming the bar itself — right down to the glasses, coasters, and dart board.

The pop-up Carlsberg Chocolate Bar appeared briefly outside of the Old Truman Brewery in London. So you’ll just have to enjoy your confectionary chocolate bar that doesn’t serve beer. 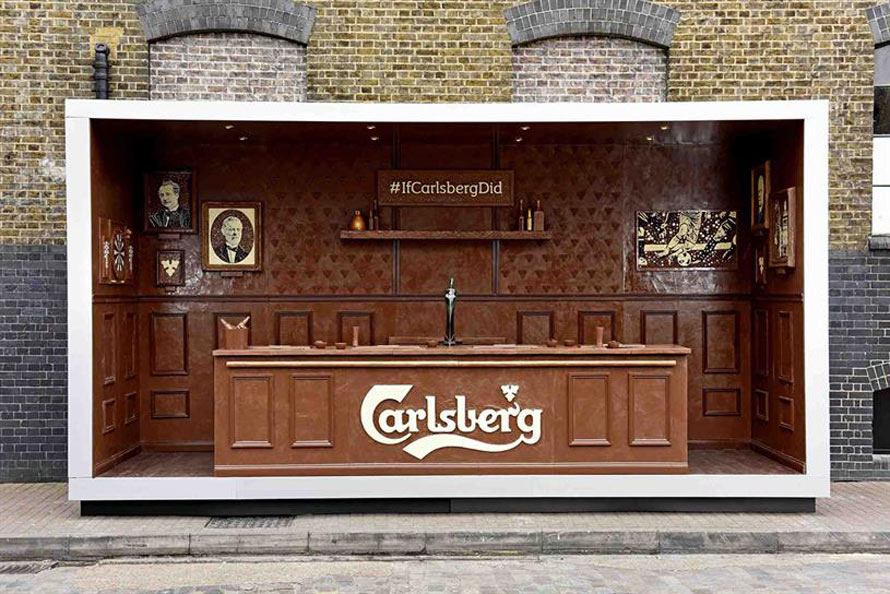 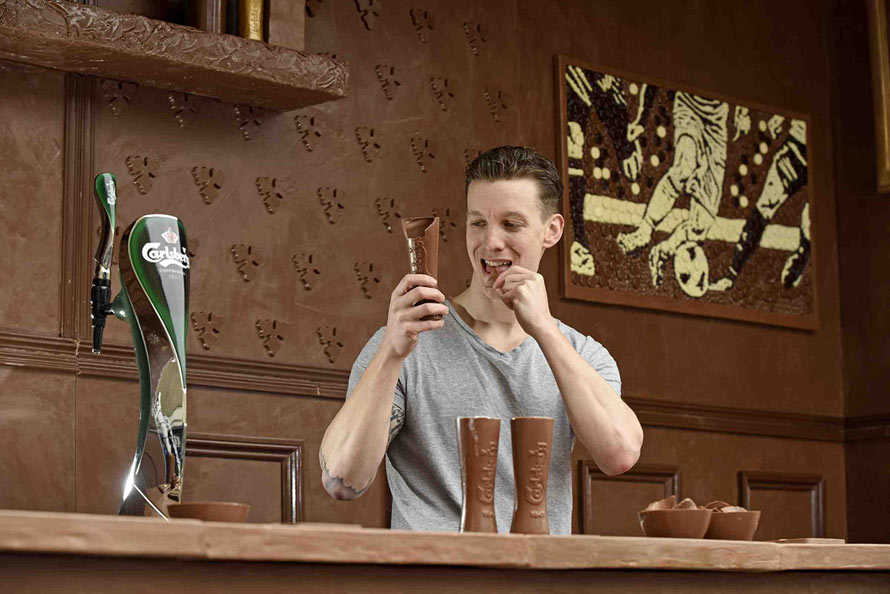