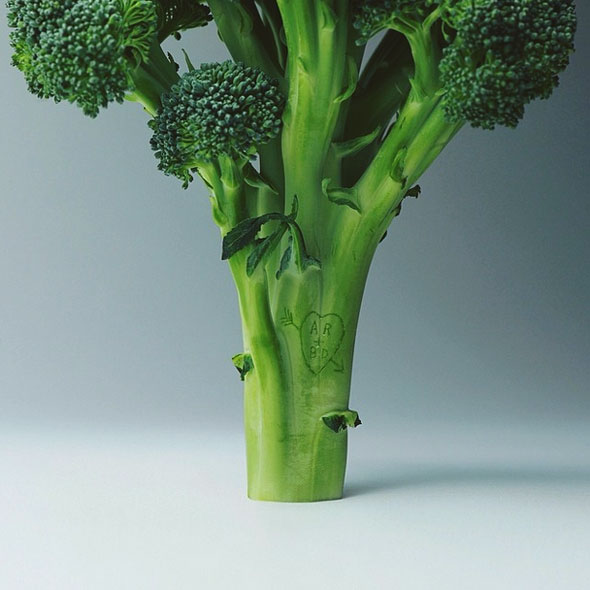 Our favorite artist and food-player Brock Davis is at it again. This time, he’s expressing his love, with a Broccoli Sweetheart Carving. He just forgot to make it official with “4-EVA.” Perhaps it’s on the cauliflower. 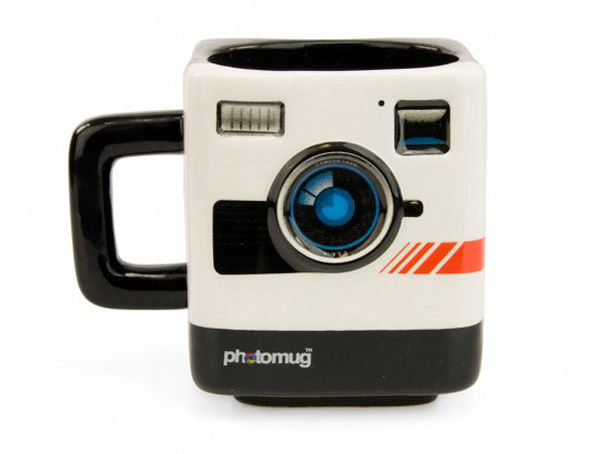 If you’re into caffeine and vintage photography, or you happen to be Instagramming your coffee right now, we have just the mug for you. The Photomug, a retro-style camera coffee mug, will help show off your love of snapping pictures and the morning jitters.

The Photomug is available for pre-order at The Foodiggity Shop. Just drop us an email, and we’ll let you know as soon as they’re in stock. No filter necessary. 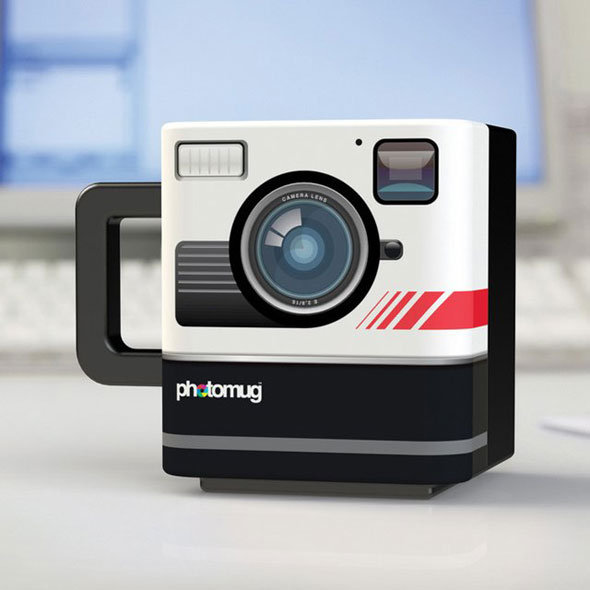 We’re not sure how Cheetos are actually made, and frankly, we’d rather not know. But whatever the process, they occasionally take on some odd forms.

As documented by Cheese Curls of Instagram, sometimes Cheetos resemble stuff that’s very familiar. Often it’s as simple as a hammerhead shark or the number seven, and sometimes they might be reaching a bit.

Either way, there’s munchies involved and fingers will be orange. 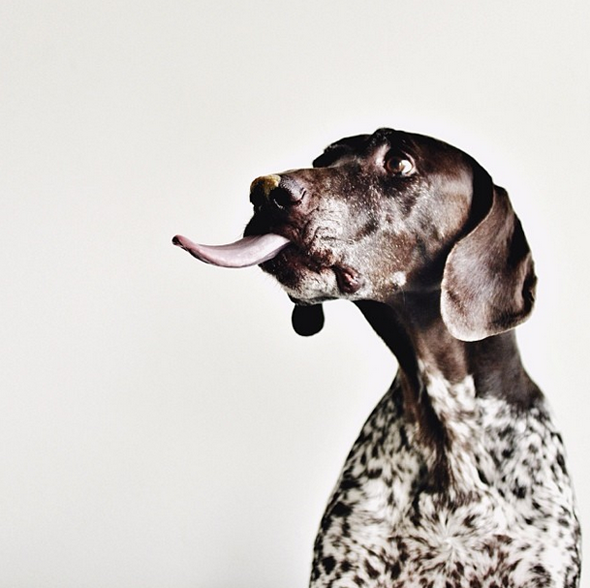 If you’ve ever had to bribe your dog or sneak them their medicine… Then you already know that there are few things funnier than watching a dog eat peanut butter.

Instagrammer Stephanie McCombie agrees, and has brought us #peanutbutterseries — a collection of photos devoted to dogs struggling to get delicious, but very sticky, peanut butter off their faces. 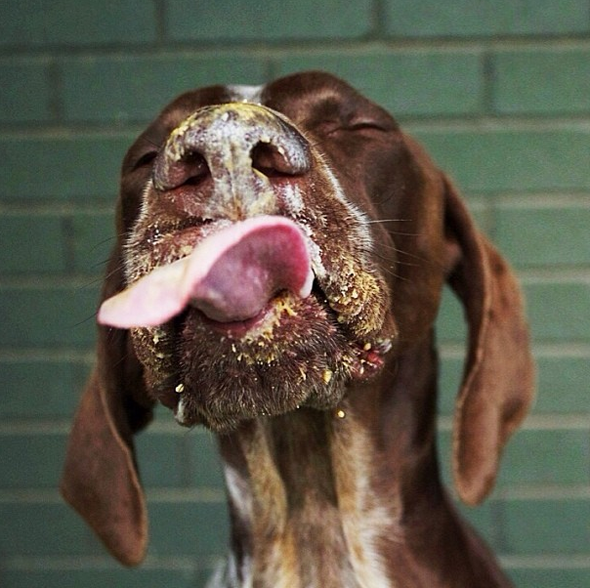 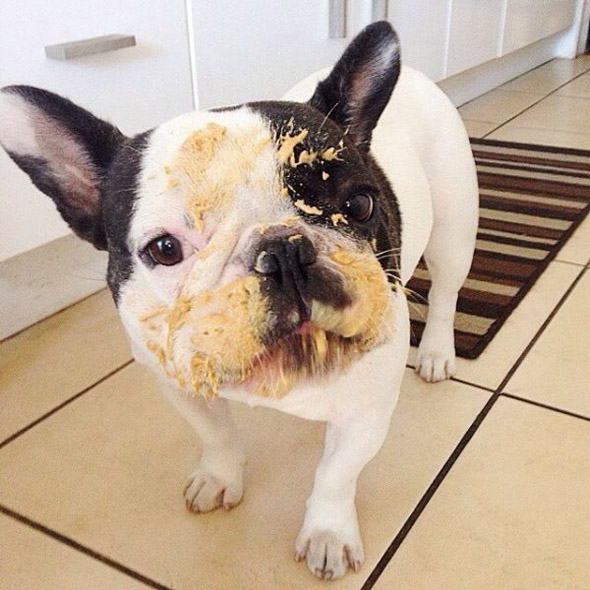 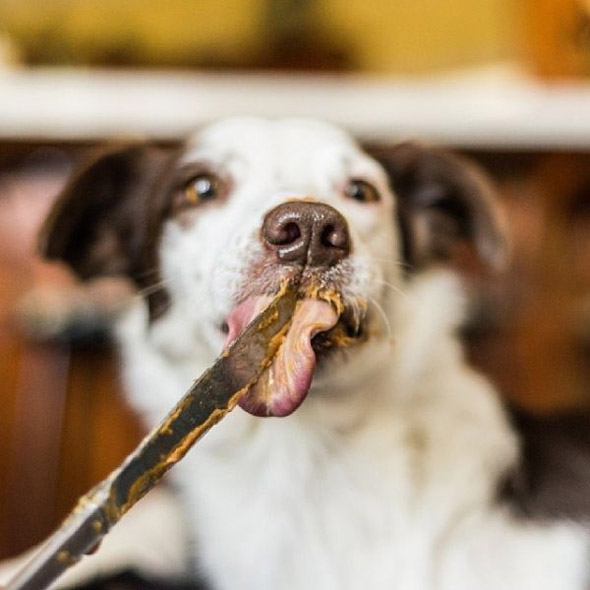 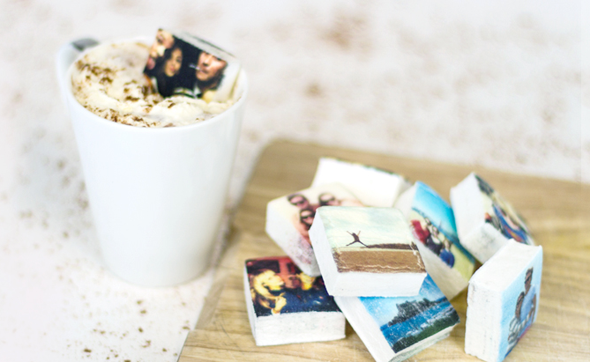 Are your marshmallows simply not vintage-looking enough? Now you can have a stash of marshmallows with your very own Instagram photos printed on them.

Brought to us by Boomf, they will allow you to connect with them via Instagram, where they’ll turn those sunset photos and pictures of your feet into 9 gourmet marshmallows.

Use your new Instagramallows to drop in your cocoa, or to make some throwback S’mores. Especially if you already have Instagram pictures of you making S’mores. Very meta. 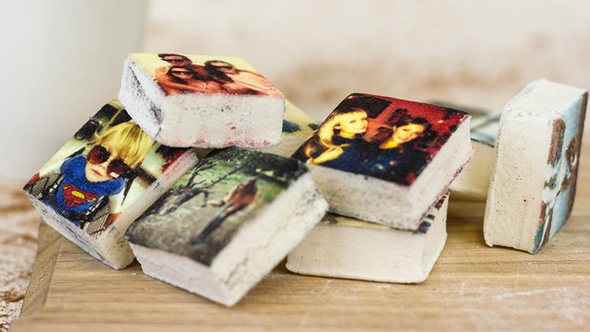