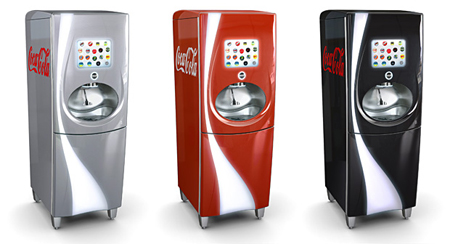 Coca-Cola is preparing to reinvent their brand for the 21st Century. The beverage giant has launched a series of Freestyle vending machines capable of dispensing 104 user-controlled flavor options. This will allow for complete customization of beverage choice using a system of flavored syrup cartridges, similar to those used in an ink-jet printer.

In theory, this seems like a revolutionary idea. People love having any semblance of control—even if that control is nothing more than finding that perfect combination of raspberry syrup and Coke.

Here at foodiggity, we just find it hard to believe that Coca-Cola conducted any type of real-world field testing on these machines. Have you ever had to wait behind someone trying to concoct the perfect Arnold Palmer? Now imagine that same mouth-breather now has 104 options to choose from.