Thank you for being a spicy friend. Golden Girls Hot Sauces are here.

No mention if the habanero and jalapeño sauces are as spicy as Sophia’s attitude or as hot as Blanche thinks she is. Either way, give a set to a friend… We think you know what the card should say.

Check them all out here.

Have you ever tried to enjoy a good beer and wondered to yourself, “This could use some more marbit?” Well, wonder no more, my sweet-toothed friend.

Smartmouth Brewing has unleashed Saturday Morning — an IPA inspired by everyone’s favorite leprechaun-seeking cereal, and brewed with actual Lucky Charms marshmallows. Funny how the oat clusters get the shaft in the brewing process — just like every Saturday morning at breakfast.

Unfortunately, the luckiest of brews has only been made available at Smartmouth’s Norfolk location on draft and in cans. Sorry, Lucky.

KFC is a bit generous with who gets to play their founder. There’s also an outdated cyborg looking for work. So, RoboCop playing Colonel Sanders makes perfect sense.

Reprogrammed with one prime directive, Robo-Colonel has been tasked with protecting KFC’s secret recipe. He even sports the trademark goatee and string bow tie.

Dead or alive, your chicken is coming with me… 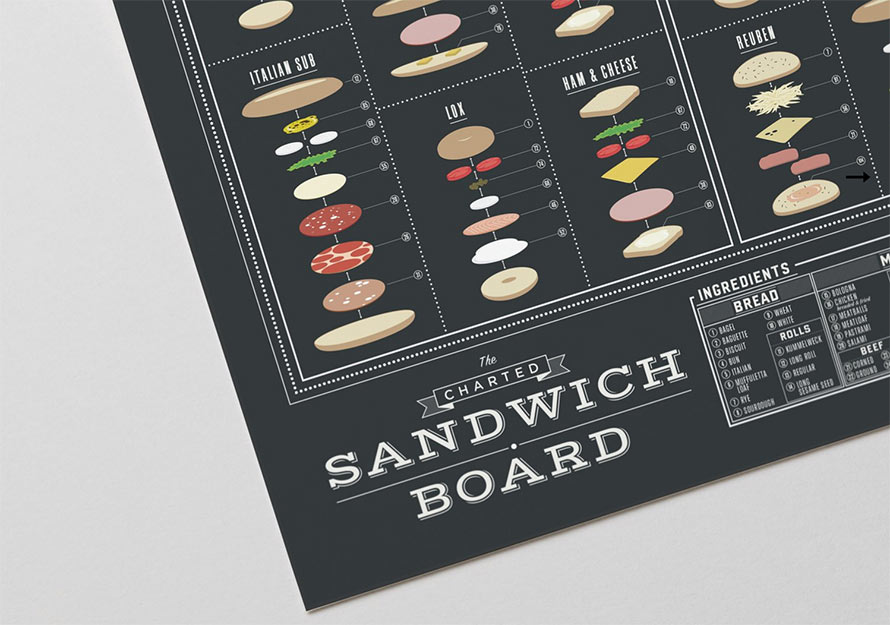 It’s lunchtime and you don’t know a muffuletta from a beef on weck. No worries, The Charted Sandwich Board Is here to help.

Brought to us by Pop Chart, the poster is delicious compendium of delicious meats, cheese and veggies — in-between the appropriate bread.

The Charted Sandwich Board is available for pre-order. Grab one and refer to it anytime it’s sandwich time. Which is always, so it’s money well-spent. 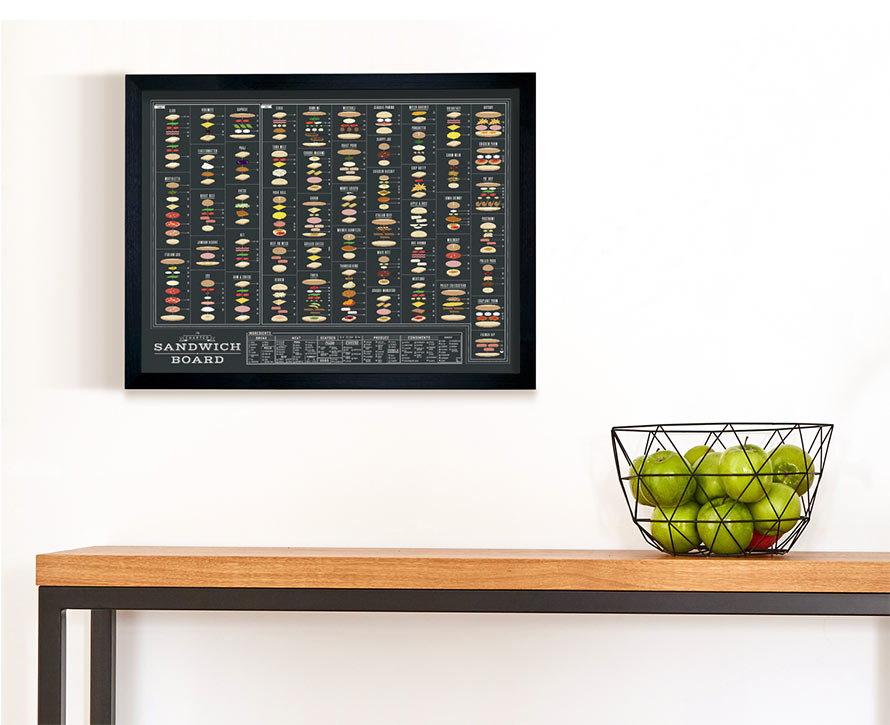