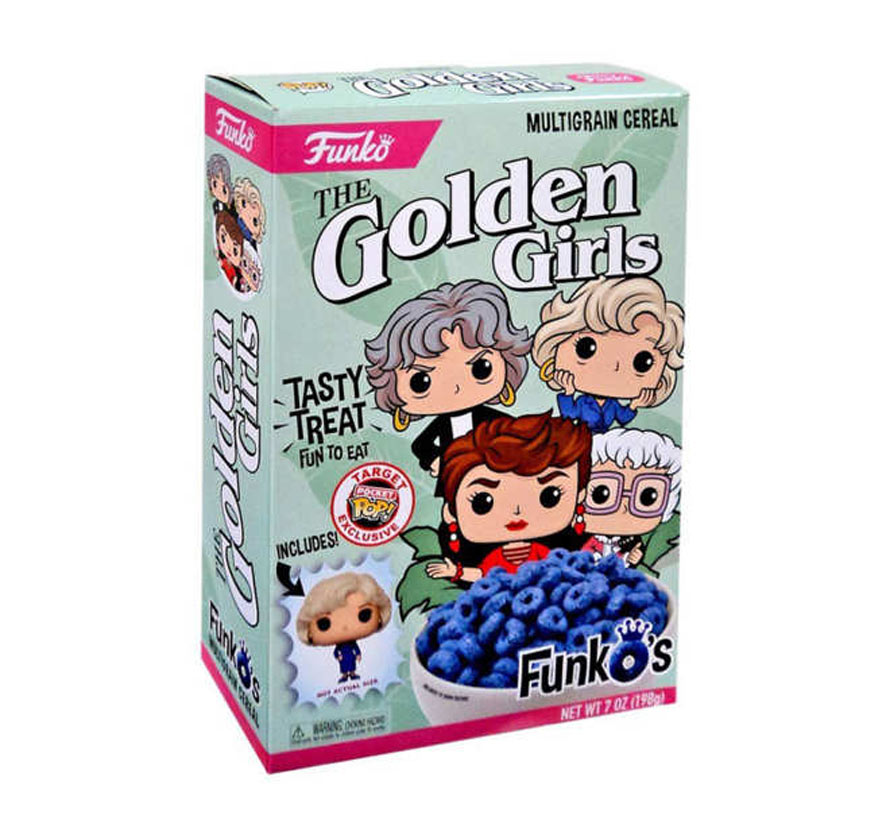 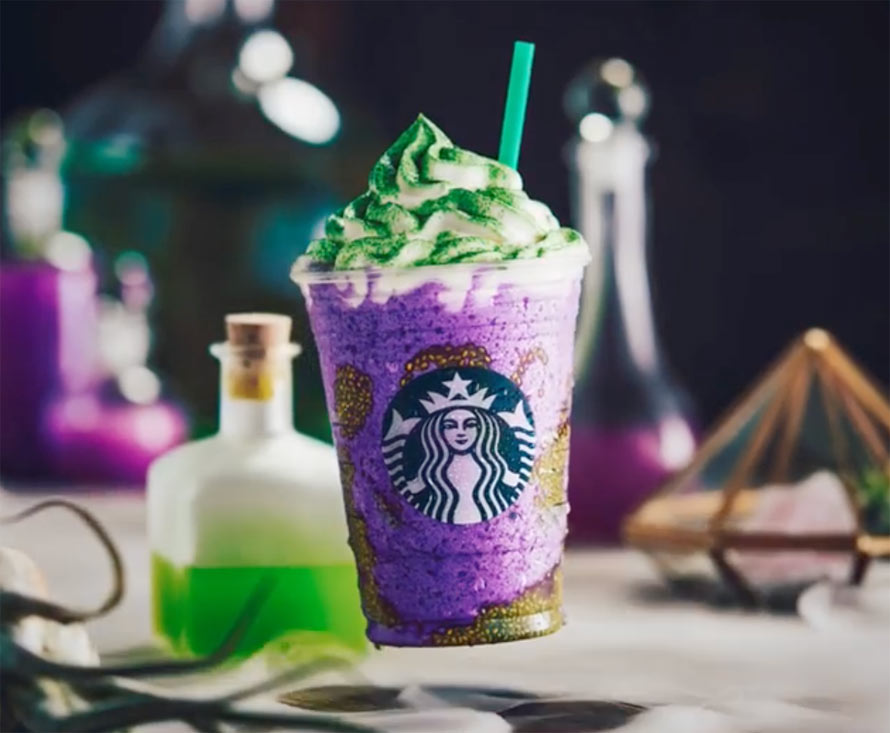 Last year, Starbucks tried to spook us with brains on our Frappuccino. This time around, they’ve concocted a real witch’s brew.

The Witch’s Brew Frappuccino isn’t made with tongue of bat and eye of newt, but it is orange creme-flavored and colored purple. AAAAHHH!!!

It also contains a swirl of “bat warts” (chia seeds), and is topped with vanilla whipped cream and a dusting of green “lizard scale” powder. Be kind to your barista, or you may end up a toad. Happy Halloween, everybody. 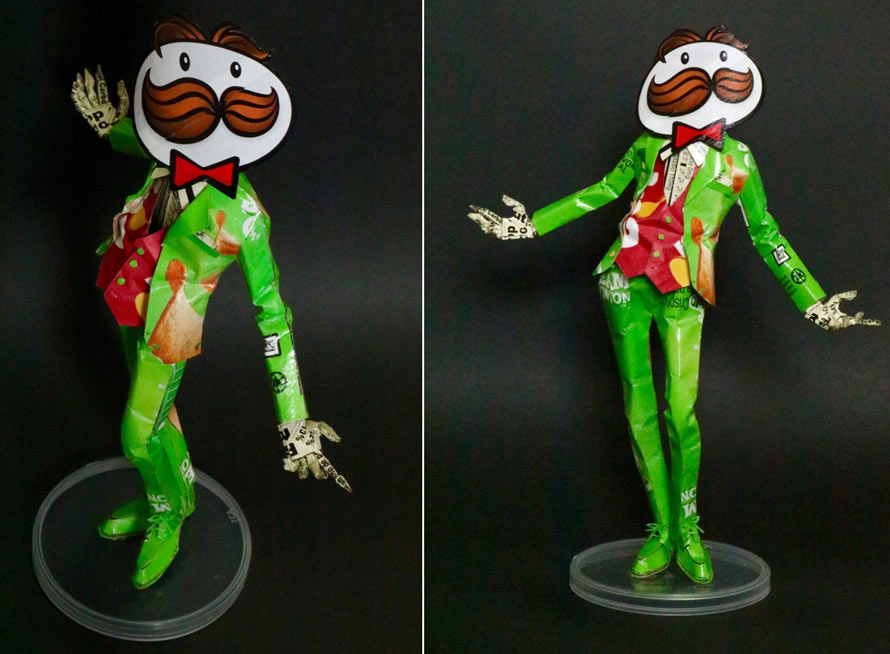 If you’ve ever wondered what Julius Pringles would look like with a body, then your wait is over.

Thanks to a Japanese artist named, Haruki, the potato chip mascot has received a much-needed lower half. Using an existing Pringles can to do so, it makes you wonder if Julius ever gets his hand stuck in his new suit. 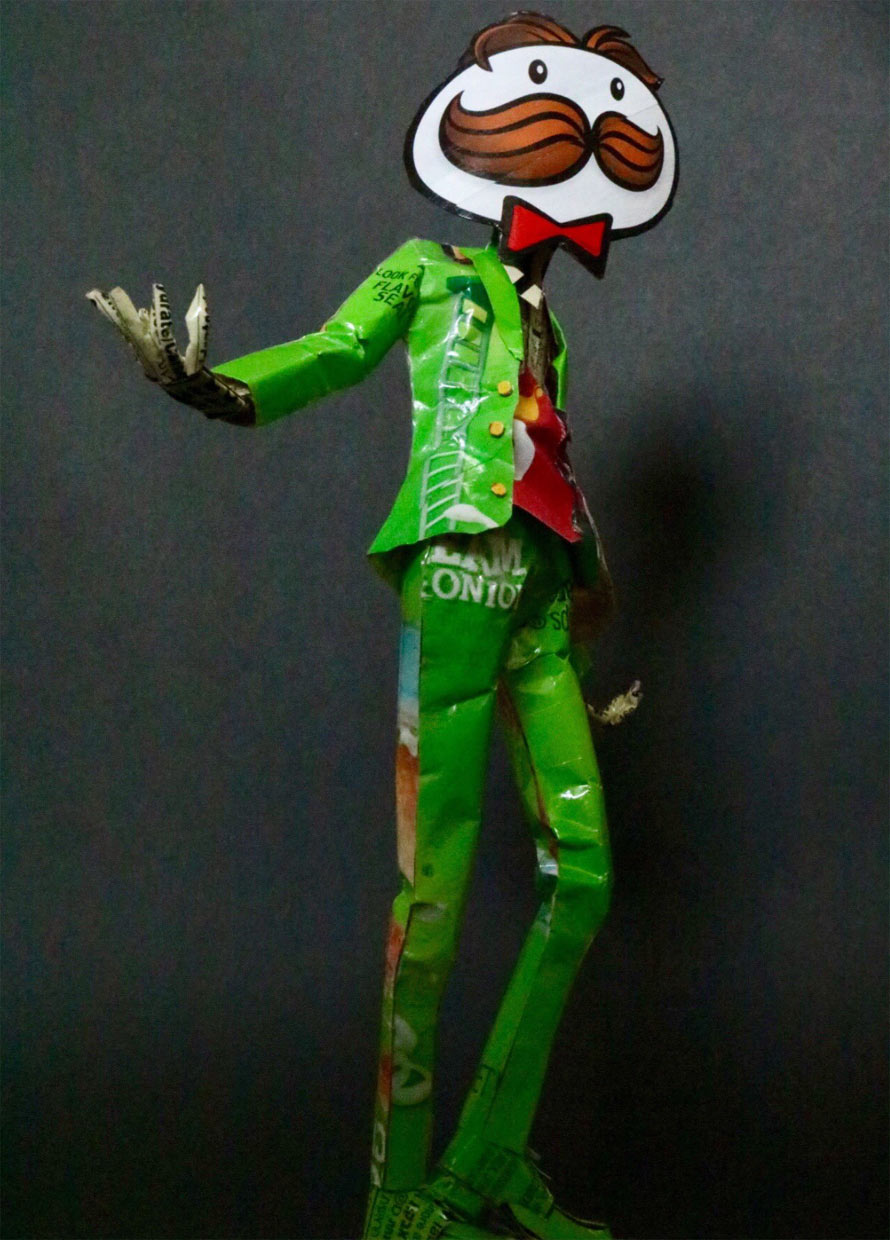 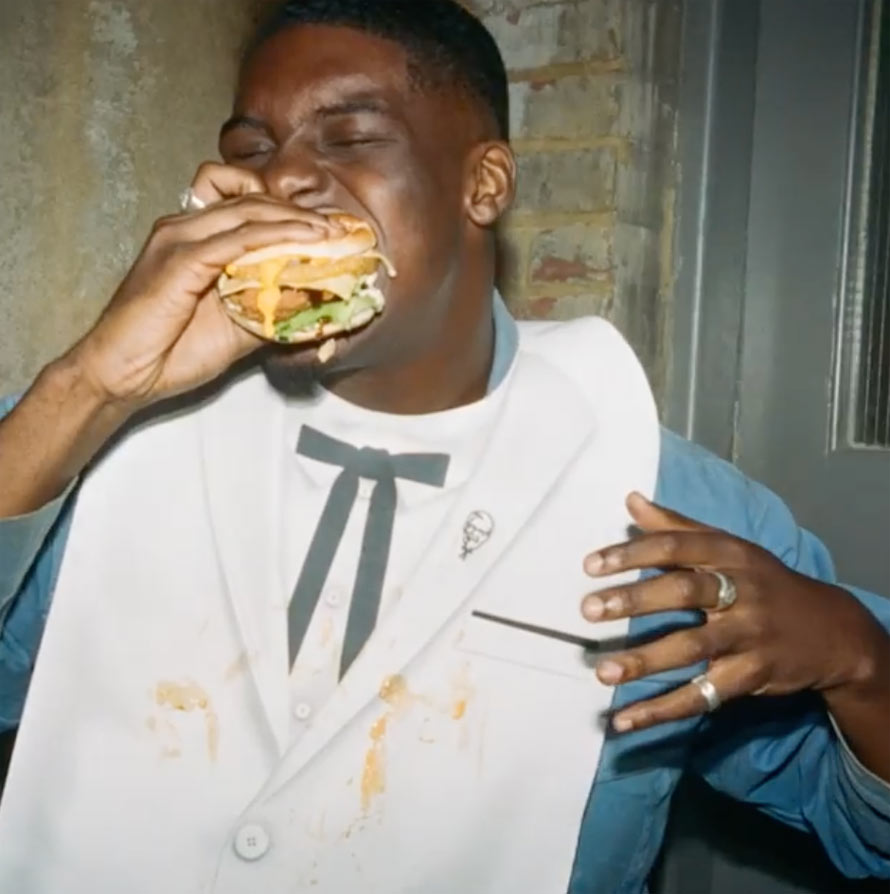 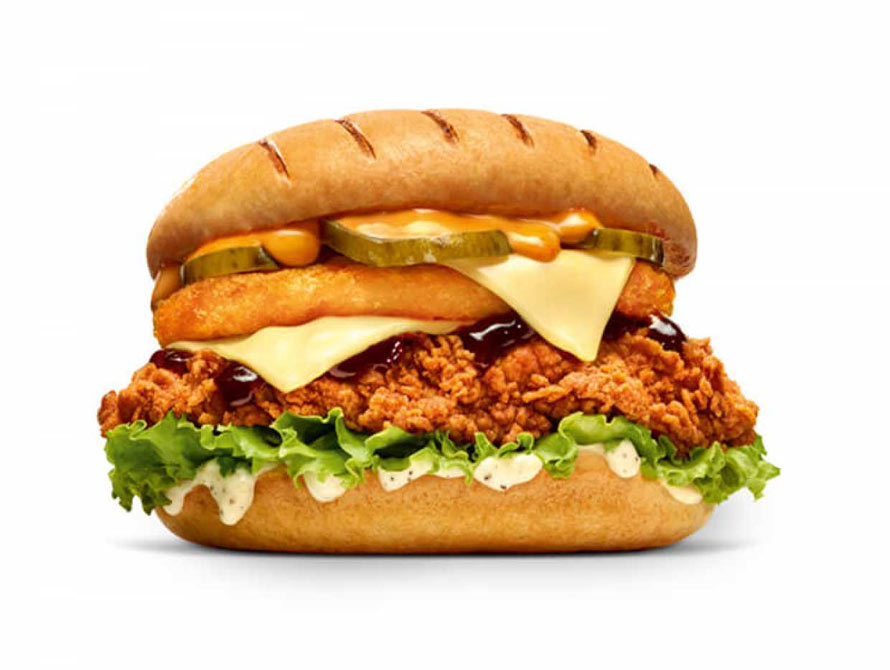 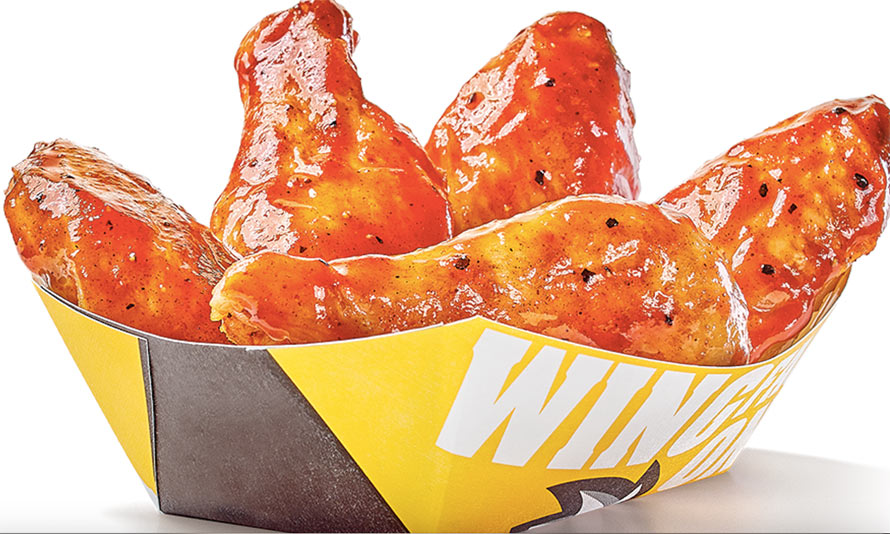 Nothing says “fall” quite like hot wings, football and pumpkin spice everything. Buffalo Wild Wings is bringing it all together with Pumpkin Spice Wings.

The limited time flavor is officially-titled BBQ Pumpkin Ale Sauce, and is already being served at BWWs. Stop by and get seasonal. Go, sports team!