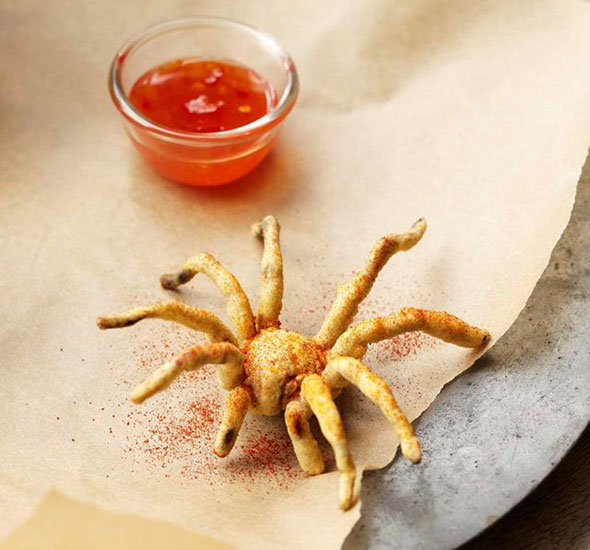 We hate to bug you like this [sorry], but eating insects is gaining popularity. Perhaps it’s because everything is better when dipped in batter and fried, and the Deep-Fried Tarantula exists.

Brought to us by The Bug Chef, this eight-legged treat is only a small part of the argument in favor of dining on critters. This is because insects are high in nutrients and lower in the food additives and antibiotics found in our four-legged food sources.

The best part, is that insects are a food source that we could essentially never run out of, and is easy enough to find. Just go zap-up some dinner in the backyard. 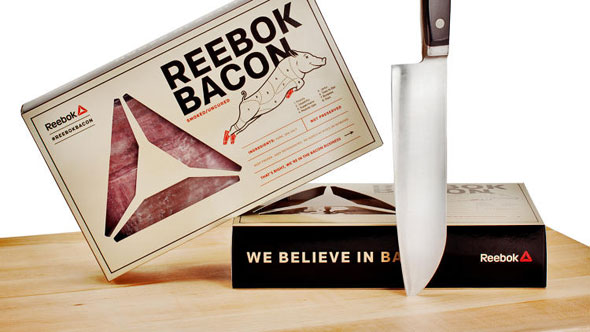 Because even Paleo-dieters and cross-fitters need them some yummy pork fat… there’s now Reebok Bacon.

Designed for those who follow a strict Paleo diet, the bacon is uncured and contains no nitrates, preservatives, MSG, or sweeteners.

Unveiled at the 2014 Reebok CrossFit Games, 74 bacon boxes were distributed to athletes — while participates also enjoyed some bacon-wrapped artichoke, bacon-wrapped chorizo, and bacon-wrapped carne asada and pepperoncini. Just as the cavemen did. 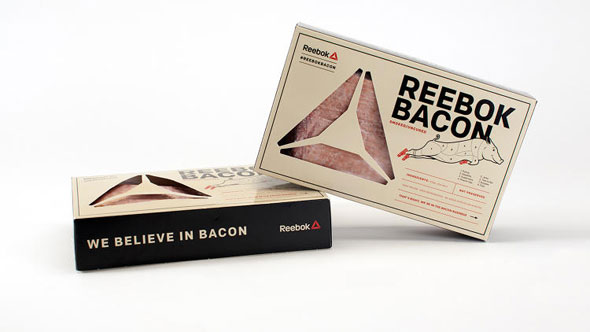 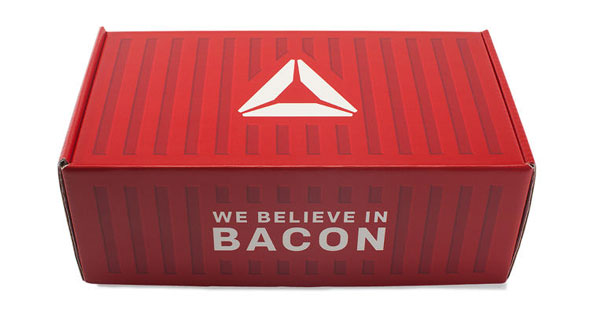 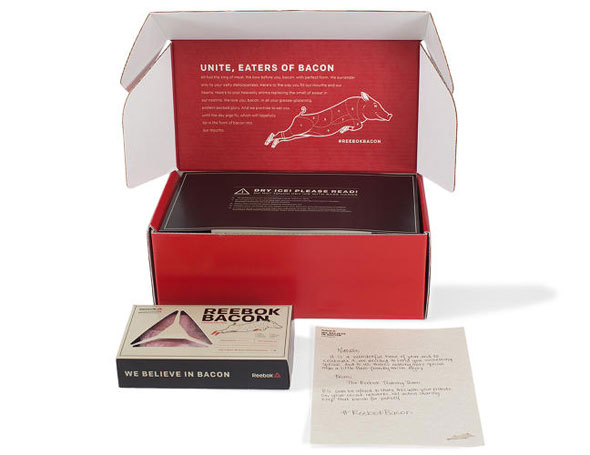 [via First We Feast, Fast Co.] 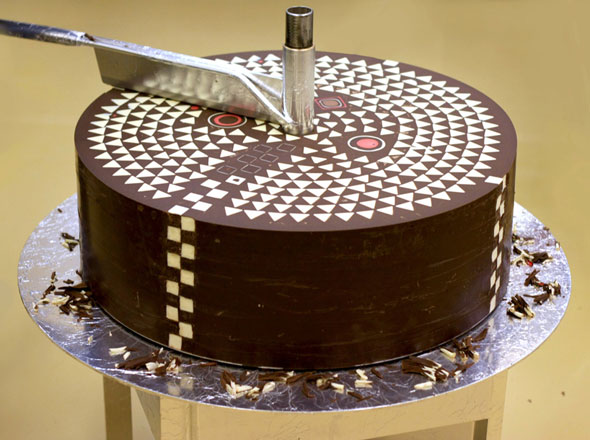 When it comes to chocolate… you never know what you’re gonna get. This is especially true when it comes to Chocolate Mill — a large cylinder made of chocolate that contains a series of hidden geometric patterns.

Brought to us by the collaborative efforts of Studio Wieki Somers and chocolatier Rafael Mutter, a crank-turned blade is used to reveal each layer of patterns with a kaleidoscope-type effect.

Great…but how long before we get to the nougat? 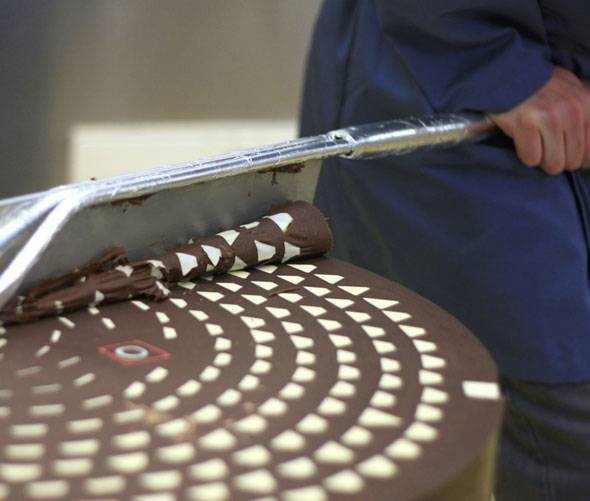 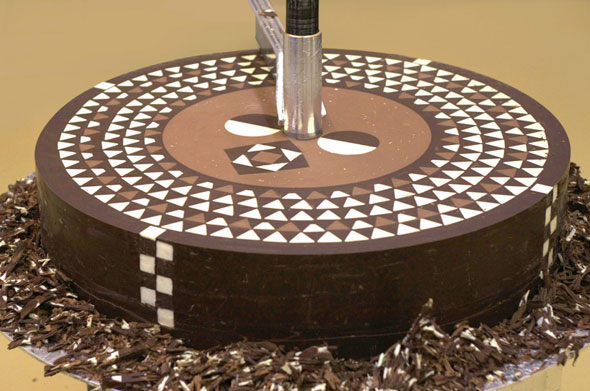 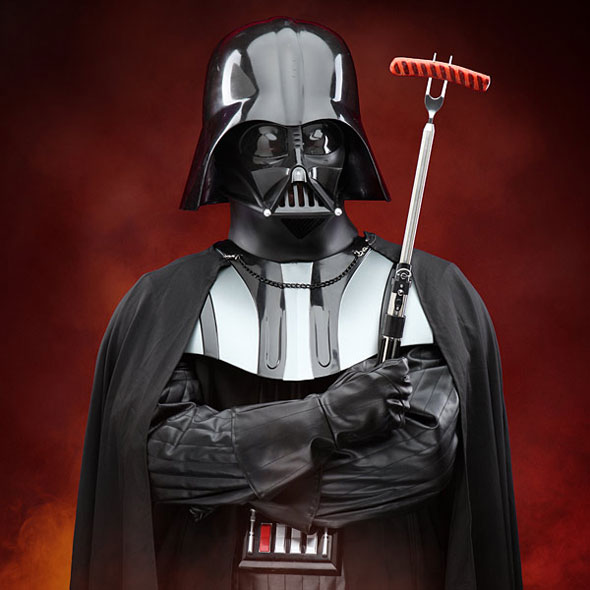 If you’re hosting a backyard BBQ, and need to stab your weenies with sith-like precision — The Lightsaber BBQ Fork is here to help.

Designed on one end to look like Darth Vader’s weapon of choice, the other end can be used to penetrate anything on the grill for easy turning… to the dark side, that is. Nooooo!!! 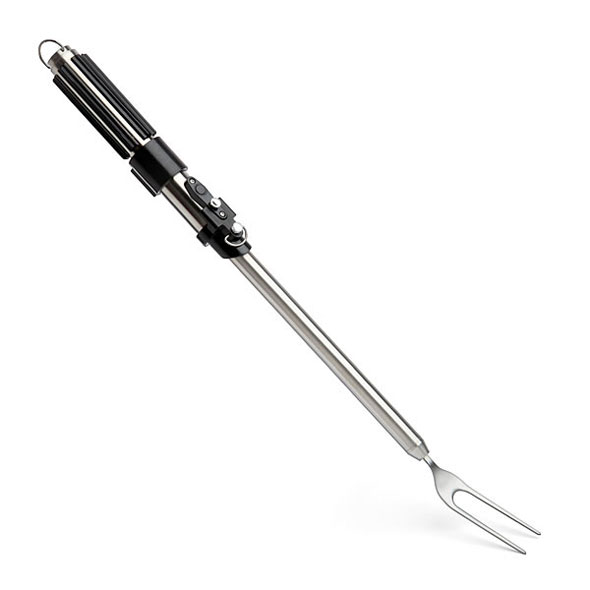 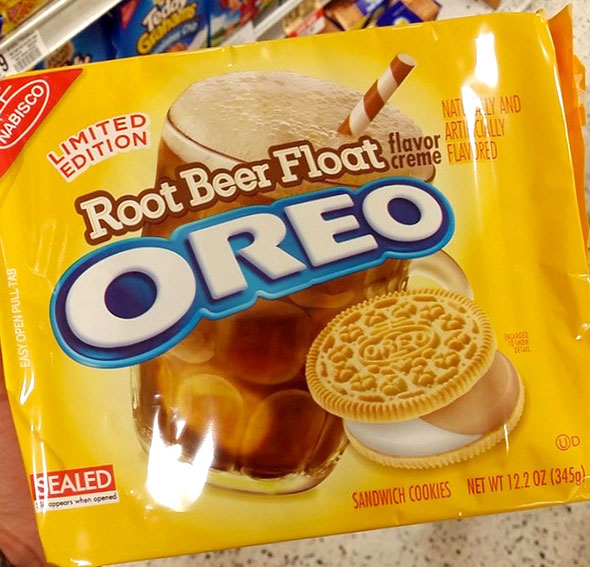 Oreo, who appears to be on some sort of mission to stuff every flavor imaginable in their cookies, is now offering Root Beer Float Oreos.

Not much info is available yet on where to find the new Oreos. But a safe bet is that they’ll pop up in your local Wal-Mart, as most of these specialty flavors do.