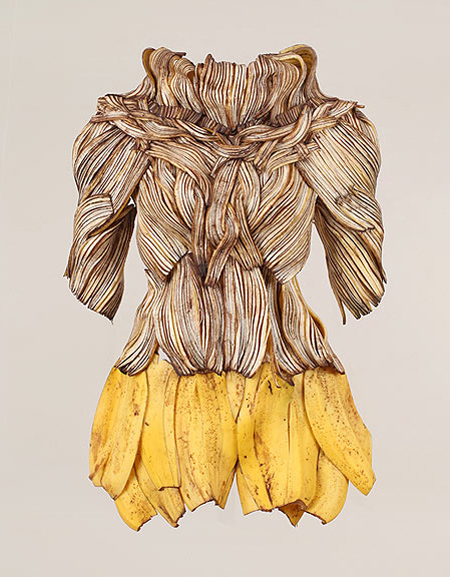 In her photo series Wearable Foods, Sung Yeonju makes garments out of various food items and photographs them. But unlike Lady Gaga’s entry into food fashion or the Bread Dress, Yeonju’s garments are not meant to be worn.

END_OF_DOCUMENT_TOKEN_TO_BE_REPLACED 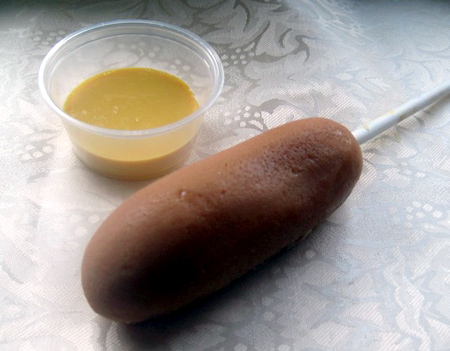 The Corn Dog Fun Soap was created for some reason by Etsy user ajsweetsoap.

The soap is inexplicably vegan-friendly, so veggie eaters can participate without the guilt. Because nothing says ‘vegan’ like rubbing yourself with faux processed meat-on-a-stick.

And, in case you are wondering, the included mustard condiment is also soap. Why wouldn’t it be?

Part of Box Vox’s Package as Pixel series, is this vintage Campbell’s Soup tin sign. Created around 1900-1910, this execution of soup can as art predates Andy Warhol’s efforts by half a century.

And, long before flag burning was en vogue, these signs were deemed to be a desecration of the American Flag and most were destroyed. Because destroying a flag comprised of soup cans seems perfectly reasonable. 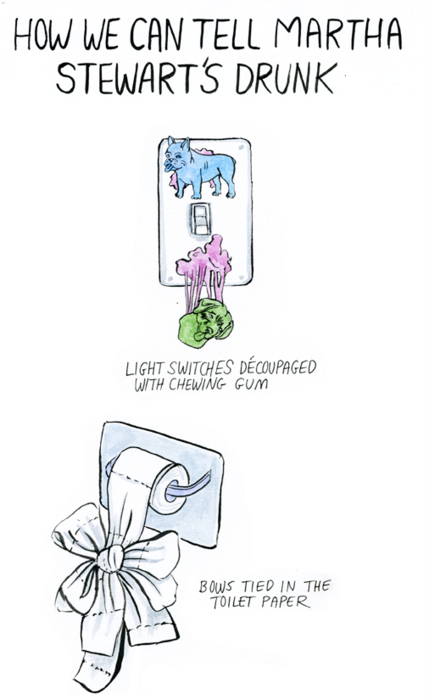 How We Can Tell Martha Stewart’s Drunk is a handy guide by artist Lisa Hanawalt. It illustrates some of the warning signs that everyone’s favorite homemaker may have had a few too many.

Warning; the full comic can be a bit NSFW at times — that is if your workplace does not tolerate cartoon phalli, or the depiction of a nude Rachel Ray. 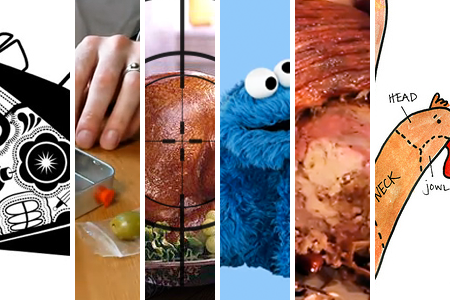 Turducken and Other Thinly Veiled Hate Crimes Against Turkey

5 Birds in a pig, with bacon… TurBaconEpic Thanksgiving

Give your guests the finger… Hand Turkey Butchery